Who Is Hina Khan's First Choice Between Siddharth Shukla And Gauhar Khan? The Diva Answered 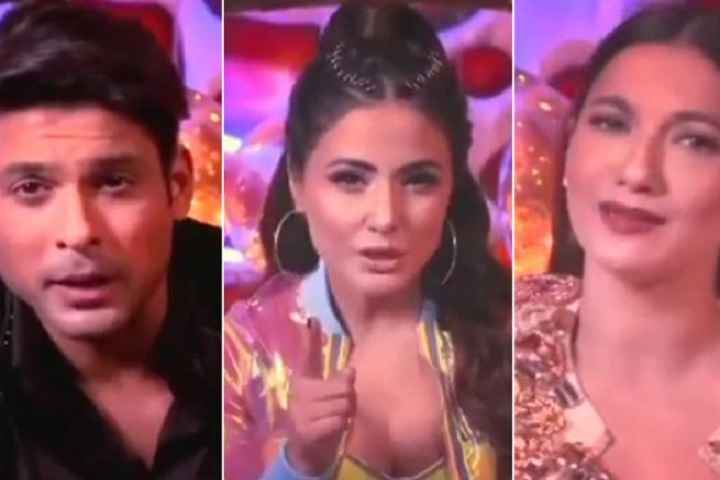 The much-awaited reality show, Bigg Boss season 14 started off in a grand style with superstar Salman Khan who, as usual, set the stage on fire with his persona. The first episode of this controversial show aired on Saturday (October 3) on Colors TV.

This year, the three of the previous seasons' contestants - Sidharth Shukla, Hina Khan, and Gauhar Khan have also entered the house along with the new contestants to raise the entertainment level. All three contestant has been sent in the house with a special purpose which will be revealed later as the show progresses.

However, even before entering the house, Salman Khan put Hina Khan in a big trouble when he asked the runner-up of season 11, to choose between Sidharth Shukla and Gauhar Khan as her first choice if the duo were in the same season.

It was actually a tough question to answer because both Sidharth and Gauhar were the winner of their respective seasons (13 & 7) and both went through a lot of ups and downs during the seasons. However, it didn't seem tough for Hina to answer as she chose Sidharth over Gauhar. It was indeed pretty quick from the 'Sher Khan' who barely took seconds to chose between both.

Well, it might have an easy choice for Hina but things got heated up between Sidharth and Gauhar when Salman Khan showed Sidharth what Gauhar said about him when he was a contestant in Bigg Boss season 13.

Now, as both previous winners along with Hina have entered the house, it will be interesting to see how things will go when the actual action begins.