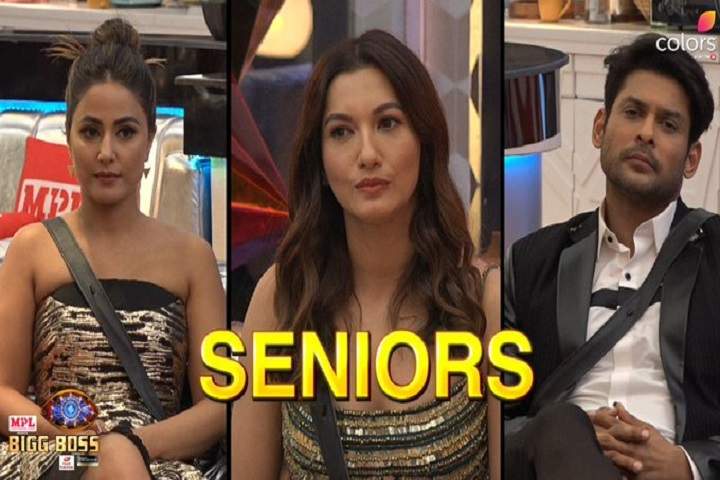 The Bigg Boss 14's first day in the house was able to retreat the fans with plenty of entertainment and also a hue of the squabble between Housemates that apparently, kick-heated up between Shehzad Deol and Nikki Tambola.

While the sensation [Sidharth Shukla, Hinna Khan, and Gauhar Khan] of Bigg Boss 13 season, are associated with some Advantages of Power over the contestants of Bigg Boss 14 season. such as the ruling for bedroom, kitchen, or luxurious amenities. Gauhar Khan will preside over Kitchen rule, without her permission, freshers are not even allowed to make tea.

Sidharth Shukla will rule them completely to the bedroom, without Sidharth Shukla's permission, No things are allowed to be taken out of the Bigg Boss House.

On the day first, Sidharth Shukla, Hinna Khan, and Gauhar Khan were seen imparting their dished out charges. As announced by Bigg Boss that, this process will continue for two weeks which will be under TBA.

You can also click on the following link to see the Bigg Boss 14 Day 1 Live Update: