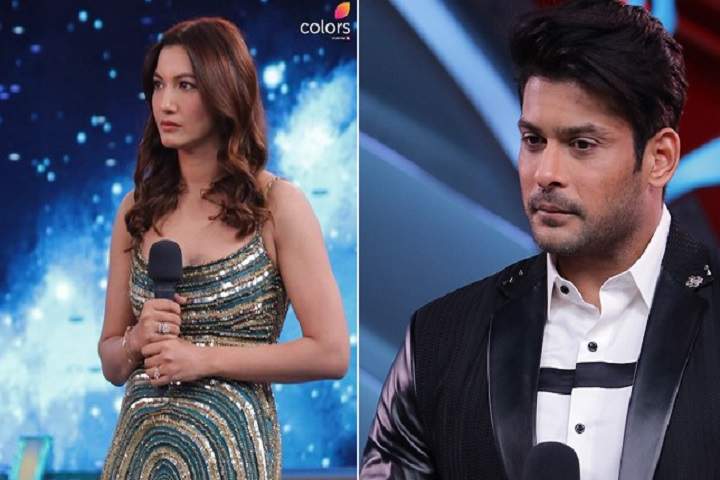 Talks are assumed to heat up between Sidharth Shukla, and Gauhar Khan tonight on Bigg Boss 14. The Bigg Boss 14's first day in the house was able to retreat the fans with an abundance in entertainment and also a hue of the squabble between Housemates that apparently, kick-heated up between Shehzad Deol and Nikki Tambola.

Things were highlighted with a hot exchange between Sidharth Shukla, and Gauhar Khan regarding their charges, they have been offered by Bigg Boss. However, we have seen a couple of housemates already popping much into the fight. it first sprang between Shehzad Deol and Nikki Tambola and then dropped to Jasmin having issues in working with Nikki Tamboli.

Need to note that, Sidharth Shukla, Hina Khan, and Gauhar Khan as seniors of Bigg Boss 13 season, are associated with some Advantages of Power over the contestants of the Bigg Boss 14 season. such as the ruling for bedroom, kitchen, or luxurious amenities. Gauhar Khan will preside over Kitchen rule, without her permission, freshers are not even allowed to make tea.

Sidharth Shukla will rule them completely to the bedroom, without Sidharth Shukla's permission, No things are allowed to be taken out of the Bigg Boss House.

Tonight will also feature, Rubina Dilaik been restricted to take anything from Bigg Boss house for 6 days to come.