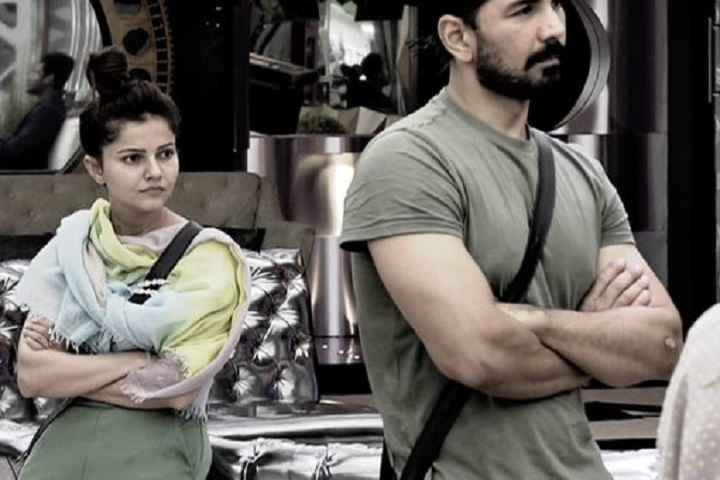 Seniors Gauhar Khan and Hina Khan have found Rubina Dilaik a potential winner of the Bigg Boss season 14. This all happened when the fresher had to decide whether they wanted Nikki Tamboli to continue as confirmed contestants or not.

Bigg Boss gave a task to all the freshers to decide if they want Nikki to remain a confirmed contestant by mutual consent. While most of the freshers wanted Nikki to continue, it was Rubina and Jasmin along with Abhinav Shukla, and Shehzad Deol who opposed Nikki and said that she did not deserve to remain confirmed.

Both Jasmin and Rubina put up strong reasons against Nikki to prove why she did not deserve this privilege. While Jasmin had her reasons, both Hina and Gauhar found Rubina fierce, reasonable, and sensible in the argument which forced them to accept that she has a winning quality.

However, Sidharth Shukla - the third senior, does not feel that Rubina can win this season. He didn't elaborate on the reason but clearly denied what the other two seniors said.

Meanwhile, Salman Khan will be taking a class of Rubina for going against Bigg Boss in the tomorrow's weekend ka vaar episode. He will also evict one of the nominated contestants for this week.