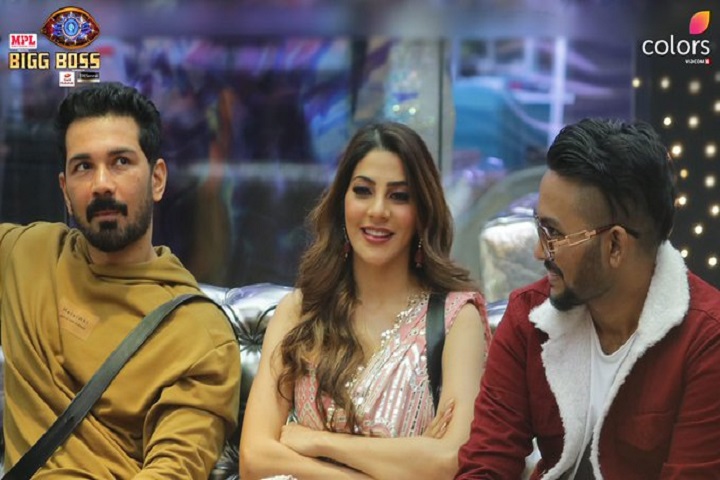 The first pick As A Confirmed Contestant Of Bigg Boss 14 goes with Nikki Tamboli. According to Sidharth Shukla, Hina Khan, and Gauhar Khan Nikki Tamboli stood out on her task, so she should be given a chance at first.

One girl would be eliminated after the round. In the next round, Siddharth rode an ATV while the girls cleaned it pretending to be in a music video. The three girls that survive both rounds got trays filled with glasses. Each girl had to protect their glasses and at the end of the task, Siddharth decided Nikki Tamboli as the winner and thus she got immunity.

On Day, 7 that aired tonight, immunity getters Abhinav Shukla and Nikki Tamboli go through a task in which they stacked their immunity. Abhinav Shukla lost his immunity to Sara while Nikki Tamboli lost to Pavitra, at the end of the round, Nikki Tamboli was once again able to fire back who forced Deol to get up and competed against Pavitra. They stood out and thus got immuned.

Nikki Tamboli will officially have the power to involve in seniors' decisions. As a note that tomorrow, the first eviction will happen.