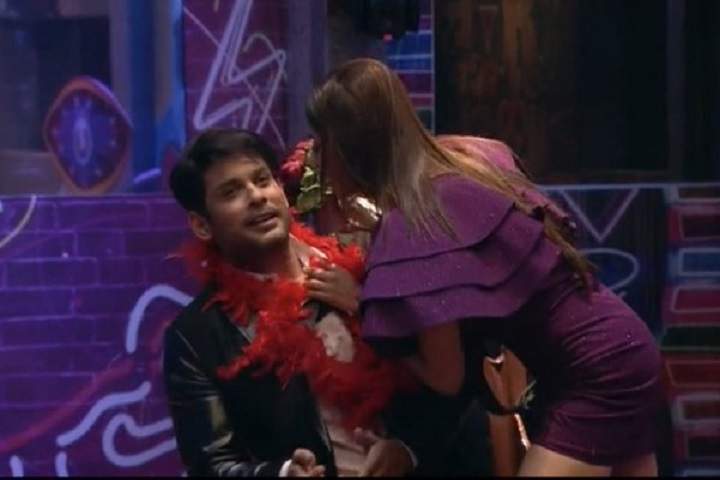 It much seems to have love enrolling between Senior Sidharth Shukla and Bigg Boss 14 contestant, Nikki Tamboli majoring up on Day 3 of the Bigg Boss 14 season.

Bigg Boss 14 Episode 4 underwent lots of ups and downs in the wake of the first task known as "Jewell thief" and then the bounty of trash-talking waged from Siddharth Shukla to Gauhar Khan and then Eijaz Khan.

"Nikki is Siddharth's favorite," Gauhar Khan teases. Meanwhile, Jasmin interrupted saying, "Tumh dono pehele se to nehi janta honge? [You might not know each other already?]. Jasmin further says, "Sidharth said he will come as senior only if asked by Nikki Tamboli."

Meanwhile, Gauhar Khan turns, "She will verily start falling in love with you[Sidharth]." Sidharth replies, "What do you mean by she will, she loves me and does he." Sidharth further stated that "He loves Nikki Tamboli from "Ambravati." Nikki Tamboli blushes

I don't care "khullam khulla pyar karenge hum dono is duniya se nahi darenge hum dono," [We will love each other, both of us will not be afraid of this world] Sidharth says while standing on the bed with his arms around like Amitabh Bachchan.

Gauhar attempts more to say that, "He should be giving up easily, at least he should tempt her at first.

In the upcoming episode of Bigg Boss 14, the girls of the house, Rubina Dilaik, Nikki Tamboli, Jasmin Bhasin, Pavitra Punia will be seen doing a sensuous rain dance with senior Sidharth Shukla.