Bigg Boss 14: List Of The Contestants Who May Enter The House 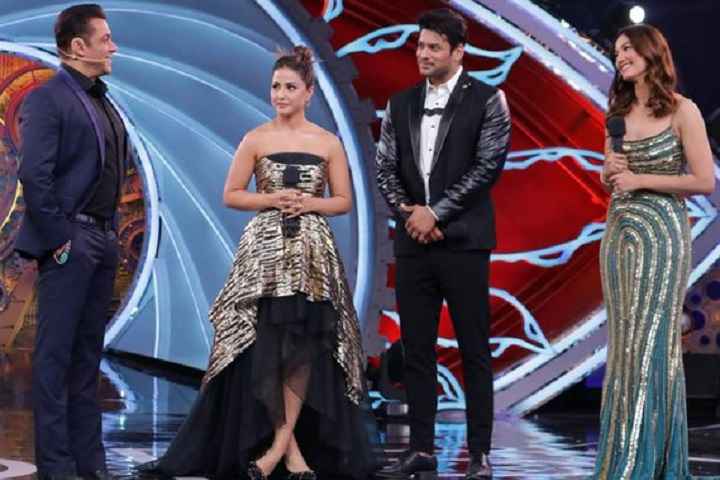 The Salman Khan hosted Bigg Boss is all set to give the entertainment dose to its fans with the latest season of 14. One of the most controversial reality shows in Indian television is starting tonight with its first episode.

The first episode is all about introducing the contestants who get locked inside the luxurious house and try to survive for the rest of the season in order to beg the title which isn't an easy task as they face a lot of twists and turns during their journey in the house.

While all the new contestants will be announced by superstar Salman Khan, we have a list of some of the contestants who most probably enter this wild house.

1. Jaan Kumar Sanu - Host Salman Khan had already announced Jaan Kumar Sanu as a contestant during the virtual press conference of the reality show. Jaan Kumar is the son of the legendary singer Kumar Sanu. He has been singing since his childhood days. He first released his music album at the age of 8 called Tomhra Shunbe Toh. His name was also recorded in the Limca Book of Records for being the youngest singer to release his own album.

​2. Jasmin Bhasin - The TV actress is not new to a reality show, she has done Khatron Ke Khiladi season 9 and was one of the entertaining contestants on the show. Apart from KKK, the actress has done daily soaps like Tashne-E-Ishq, Dil Se Dil Tak, Dil Toh Happy Hai Ji, Naagin 4 amongst others. Last year the actress had come into the show to support her good friend Sidharth Shukla who later won the Bigg Boss trophy. The inclusion of Jasmin will be fun to watch.

3. Nikki Tamboli - The South Indian actress has already impressed host Salman Khan with her antics in the promos of Bigg Boss 14. Nikki has been sharing glamorous photos of hers on her social media accounts. Going by the promo the actress seems is too excited and all set to a part of the show.

4. Sara Gurpal - Last year, Shehnaz Gill proved to be a surprise package on Bigg Boss 13 and the makers have brought another contestant from Punjab this year. In Bigg Boss 14, viewers will get to see Punjabi singer and actor, Sara Gurpal as one of the contestants. Because of Shehnaaz Gill, Himanshi Khurana's performance, expectations will be a lot high from Sara Gurpal on the show. Going by her social media posts, Sara seems to have a fun-loving who can bring a lot of excitement in the show.

5. ​Rahul Vaidya - A budding singer who has been a part of the singing reality show, Indian Idol, has agreed to be on the show after being part of the rumored list every year. Rahul has been part of several other music shows on television including Music Ka Maha Muqqabla and Jo Jeeta Wohi Superstar.

6. Pavitra Punia - The actress, who has entertained one and all in her hot vamp avatars is all set to be seen as one of the contestants on Bigg Boss 14. She is known for her strong-headed attitude and outspoken nature.

​7. Nishant Singh Malkani - One of the charming faces of Indian television, the actor has been a part of the TV industry for a long time now. He has done TV shows like Ram Milayi Jodi, Guddan Tumse Na Ho Paayega.

​8. Eijaz Khan - The TV heartthrob has been a part of the entertainment industry for two decades and has worked in many Bollywood films and TV shows. His most prominent works are Kkavyanjali, Tanu weds Manu to name a few. The actor has been in the news for his love affairs and personal life.

9. Rubina Dilaik - One of the popular faces of Indian television, Rubina Dilaik will be seen entertaining the audience of Bigg Boss season 14. The actress became a household name with the portrayal of Choti Bahu on a small screen. However, post the show her career did not go the way it was expected. The actress made a comeback in 2016 with Shakti: Astitva Ke Ehsaas Ki in which she played a transgender and enjoyed immense popularity.

10. Abhinav Shukla - The actor's last outing on TV was Silsila Badalte Rishton Ka where he played an abusive husband. But in real- life he is madly in love with his wife Rubina Dilaik. The two love adventure in real-life and will be seen in the show together.

Former Bigg Boss contestants like Sidharth Shukla, Gauhar Khan, and Hina Khan, who've already been promoting the latest season, will also be a part of the show with special powers in the game this time.