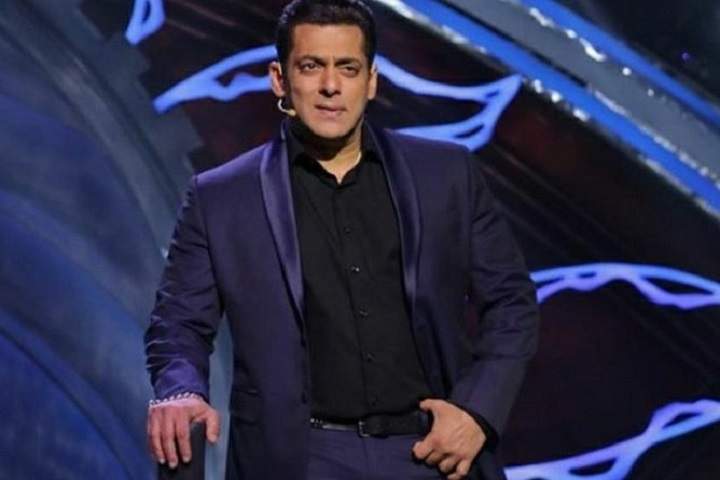 Here is the live update for the Bigg Boss 14, day 7, which is slated to air live on October 10, 2020, Saturday at 9:00 pm on Colors. It will be available before TV exclusively on Voot Select. As noted, Salman Khan is also slated to appear.

Yesterday's episode saw immunity getters Abhinav Shukla and Nikki Tamboli go through a task in which they stacked their immunity. However, Abhinav was able to sustain his immunity, but Nikki Taboli lost o Pavitra.

In the upcoming Show, Salman Khan will be here in order to instruct a few more things to the contestants. Salman Khan takes the shot on Abhinav Shukla that he shouldn't be always supporting his wife Rubina. Plush, something will be revealed about Eijaz Khan.

We kick off the show with the one and only Salman Khan, Salman Khan appears with popcorn in newly formed BB theater in Bigg Boss 14 as told by Salman Khan. Salman Khan says, "I have returned here after a week, and a couple of things have happened. Salman then points out Abhinav and Nikki Tamboli as they got the immunity.

Salman Khan says Bigg Boss cropped up some obstacles over immuned contestants by giving them bulldozer tasks. He plays some clips from the Bigg Boss house. Salman Khan more likely goes with what happened last night.

The task continues with Abhinav and Pavitra, Rubina puts some water on Abhinav, but Gauhar Khan takes it wrong, Hina Khan tries to defend Rubina. Gauhar Khan officially disqualified Abhinav. Abhinav Shukla states that "He wants to hear from the seniors for the official declaration of disqualification. Abhinav comes out as Seniors permits him. Abhinav dives into the pool, Nikki Tamboli was more pinching Sara.

Seniors try to stop Nikki Tamboli, Rubina demands medical attention, she has some trash-talking about seniors. Sara gives up and lets Shehjad Deol sit inside the bulldozer. She dives into the pool. Sara says, "She is blocked by her nose, and not able to breathe, Hina Khan and Jasmin help her out.

After the task, all the contestants including seniors gather in the house, Now, Salman Khan appears on the big screen. Salman Khan declares that for the first time ever, there are some live viewers inside. They also have some separate cameras everywhere.

BB Mall has officially been opened for the freshers, But this will be only available for Nikki Tamboli who was much appreciated by Salman Khan. She was given two minutes to pick anything from BB Mall expect her personal times.

Salman Khan gets Sidharth Shukla into asking that what could have Rubina done while she was out of the house. Sidharth says, "She missed an opportunity to become more entertaining while she was living out in the garden as a lone warrior."

Pavitra says she would like to more engage with Shehzad Deol, Nikki Tamboli and Jasmin.

Sidharth says, "Everyone has come with pre-planned consideration." More explaining from Sidharth and also from Gauhar Khan. Eijaz Khan thinks that he is sopping himself in taking actions.

Salman Khan says, "If you go wrong then you will look wrong," and then shows some clips of Eijaz Khan's talk with Sidharth Shukla. Eijaz Khan says, "Something big happened with him which makes him awkward when he talks to girls. Salman Khan gives him clarification for forgetting everything and start getting more involved. Salman Khan says him to speak about his point of views and take his stand.

Eijaz Khan promises to lit up the things from now on, but before that, he has something to say about Jasmin. Eijaz Khan says, "He sacrificed his own things for someone like Jasmin, but they didn't come to have him thank you.

Jasmin and Eijaz Khan have some trash-talking over granted things. Jasmin cries on Eijaz's s statements on being taken for granted.

Jasmin says, "She is done with everyone, now she will fight for what she deserves." Sidharth just said that Jasmin is still in her cocoon. Do you agree with this?

Jasmin has her got some points, She says, "It's like cast pearls before a pig. Salman Khan pulls Jasmin's leg over saying. Now is the time for Mobile Premier League Caller of the Week.

#PavitraPuniya and @nikkitamboli will get a chance to become the first confirmed member of the #BB14 house! #BiggBoss2020 #BiggBoss14 @BeingSalmanKhan #WeekendKaVaar

Seniors chose Nikki Tamboli, Salman Khan confirms that tomorrow one person will be leaving the show.