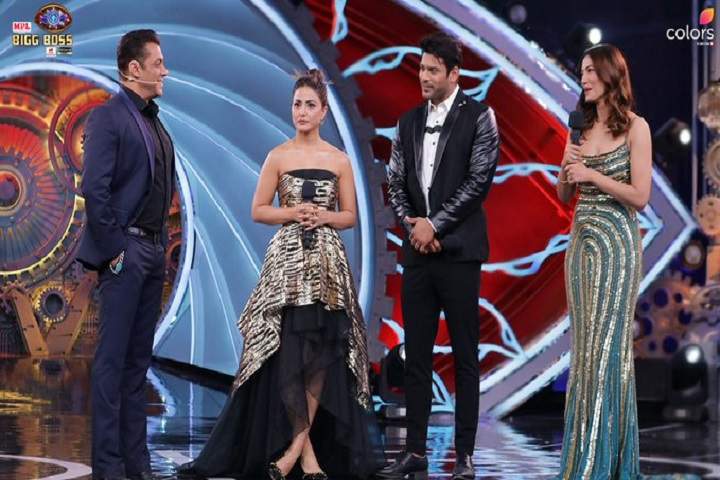 Here is the live streaming for the day second of Bigg Boss 14 season which is slated to air live at 9 pm on Colors. It will be available before TV exclusively on Voot Select.

One of the most-watched and alluring Indian reality TV series Bigg Boss premiered on October 3, 2020, trading its trajectory via the fourteenth season under the hosting of non-other then Salman Khan for the eleventh time.

Also need to notice that Siddharth Shukla, Gauhar Khan, and Hinna Khan all three are the enforcement for the new contestants of Season 14. They will special charges for everything to undergo throughout the season.

Tonight's show is expected to kick with the blessing of Radhe Maa to all who have entered the house. As noted, Rubina Dilaik, Nishant Malkani, Sara Gurpal & Jaan Kumar Sanu Filed To get Through BBQ Test. They are expected to get heavy punishment from the Bigg Boss coming up tonight.

You are watching live update:

Bigg Boss confirms, all the contestants will have to get through the tasks continuously for two weeks.

Gauhar Khan was told to be in the confession room, Bigg Boss provides Gauhar Khan a rule book which she took in the Bigg Boss house. Meanwhile, Rubina Dilaik, Nishant Malkani, Sara Gurpal & Jaan Kumar Sanu also stepped up, but they will only be allowed up to Bigg Boss garden.

You can take a look at the full rule statement from Gauhar Khan.

Rahul Vaidya tired to complete his task of kissing, He went after Nikki Tambola, and then to Sara Gurpal, he finally got his task completed getting a kiss from Sara Gurpal. Rahul Vaidya cheers after it.

Next out with Siddharth Shukla willing to rule over the bedroom, he got into engagement with Jasmin as she tried to persuade him. Rubina Dilaik, Nishant Malkani slept on the ground as they are not allowed to be in the Bigg Boss house.

Kitchen Queen Gauhar Khan appeared with her ruling power, she just simply dished out kitchen work. Nikki Tamboli tells the camera that she won’t be doing dishes anymore because she doesn’t want her manicure to get worse. Siddharth Shukla and Hinna Khan also involved in the activities. Shehzad Deol got chopping work in the kitchen.

Shehzad Deol came out with hot exchanges, things got heated up as they followed the split from Rahul Vaidya.

jai-jai-kaar! as Radhe Maa entered the house, All simply gathered, Radhe Maa stated that everyone from you should not tear at the heart of your moms as we follow the line, "God can't live anywhere, thus, he made maa"

Now, Nikki Tambola and Jasmin had a squabble inside the house, Jasimns blamed Nikki over saying that, she has a lot of excuses with her part work.

Just wait and watch, because this commercial break will drop a twist in Bigg Boss 14, back from the commercial break as Sidharth Shukla tried to make the adjustments, but Nikki and Jasmin still into with a squabble. Nikki Tambola broke in tears as Hinna Khan pampered her.

Out in the bedroom with Jasmin Bhasin as Sidharth Shukla joined her in, they had some discussion over adjustments, Jasmin Bhasin too broke into tears as once again Hinna Khan got her into favor. Jasmin Bhasin says, there is something that pops her much is the behavior.