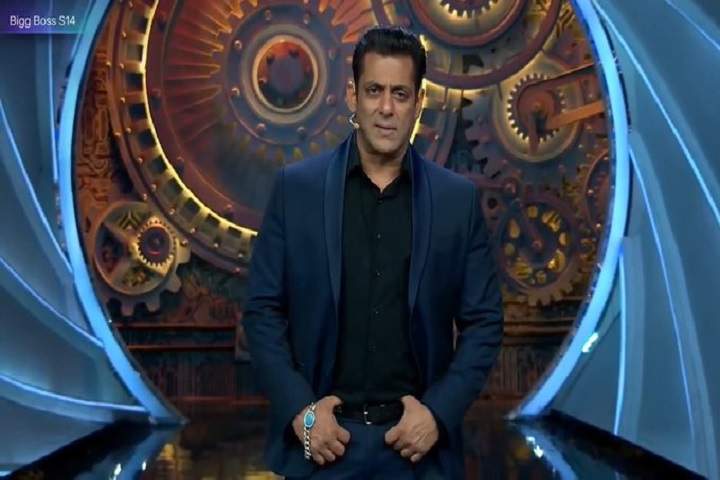 As we know, Salman Khan is slated to appear in the special Weekend Ka Vaar episode of Bigg Boss 14. The second elimination is also foreseen to follow which will be in the hands of freshers, who they want to evict with the concept of united understanding.

You can watch some of tonight's clips.

A sneak-peek from the upcoming live coverage, Salman Khan led us to the show, Salman Khan added a new task for Nikki Tamboli and Rubina, They will decide that who has more garbage-filled up in their mind.

Rubina denied to be part of the process, she opted out herself, Seniors and freshers tried to explain to her that this could be done without her.

Salman Khan right emerged from the stage leading up the stage, Salman Khan meant to say that she should have studied the type of concept before enrolling in the Bigg Boss 14 House. Salman Khan explained to Rubina that, garbage doesn't directly mean with garbage. It's a kind of processor that include opinions, attitude, and much more.

Seniors involved in the conversation, Salman Khan said, I believe that this is wrong. Rubina just said, she is trying to put out her point. Rubina continued to state that the Garbage task is unacceptable for her.

Salman Khan left everything on Rubina that should be taking the decision, Salman Khan also teased her to leave the house. Rubina agreed to the task.

Salman Khan is taking a class of Bigg Boss 14 family members in a joke.

Salman Khan thinks that Jasmin is believed to be real in the Bigg Boss house. Jasmin took the shot on Nikki Tamboli over an unexpected point.

Jasmin got emotional while explaining the things, Nikki interrupted as Salman Khan scolded her not speak. Salman Khan further praised for Jasmin to be the same. Salman Khan appreciated Rahul Vaidya for giving a wonderful performance this weekend.

Eijaz Khan issued a problem against Rubina which he explained to Rubina. We went to the next level, Salman Khan asked Rubina to opt-in her personal that she considered being against to.

Rubina opted for two freshers including Pavitra, and Rahul Vaidya. Jasmin picked Eijaz Khan to make his stand on the witness stand. Jasmin claimed that Eijaz Khan was trying to be intimate with her physically. Salman Khan and Sidharth supported Eijaz Khan. They explained to her that she should be defensive against Eijaz Khan.

Salman Khan felt like he should bring the eviction time. The Bottom zone that Salman Khan put the contestants in were Shehzad, Jaan Kumar Sanu, and Abhinav.