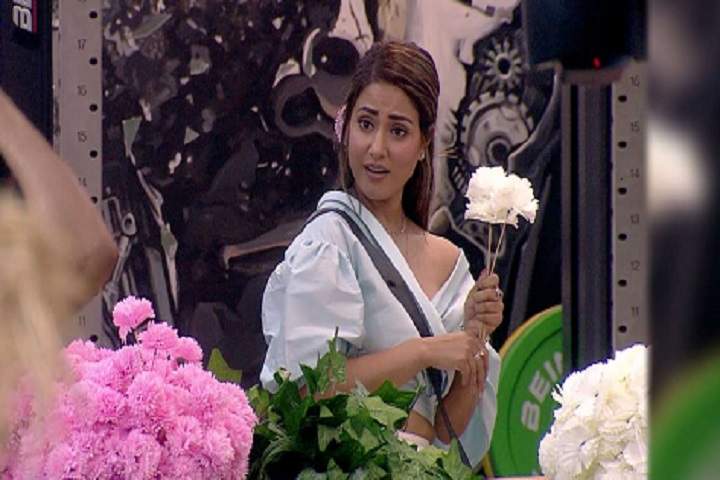 Tonight on Bigg Boss, yesterday's "Barren Farm task" continues to heat up. The two teams are against each other and are endeavoring to win with tacts of their own. Tonight too, they continue taking stock from shop owners Gauahar Khan in return for entertainment. Bigg Boss even orders Hina Khan to open her shop who is selling flowers to the two teams.

The approach today is only to damage the farms but who succeeds and who doesn’t is a wait and watch game. Hina and Gauahar make sure that the contestants are do something in return to get material from the shops. Be it roaming in a towel, wearing lipstick, or a power-packed performance by contestants.

With Nikki as the task director, we also witness a major quarrel between her and Jasmin as well as with Shehzad! Both teams eventually end up making their farms but the decision rests in the hands of the director. What’s her decision going to be?

Lastly, we see Eijaj and Hina talking to each other about what went wrong between Eijaz and Pavitra. Will Pavitra be able to understand Eijaz Khan point?

Bigg Boss announced the time for the Barren Farm task. Both the teams got aggressive and started putting the destruction each side, Shehzad Khan and Nishant were very close pick the fight as Eijaz Khan and other stopped them.

Bigg Boss stopped them meanwhile, and let them continue their task in the right way. Jasmin had some issues with Nikki Tamboi which she complained to Bigg Boss.

Nishant and Shehjaz Deol got more aggressive and they sprout into the more hot exchange. Rubina thinks that Shehjaz Deol should be sorry for his behavior with Nishant. Shehzad went to the camera and apologized for his bad words which he put at first.

Hina khan said, she would give them the whole basket of flowers if they decorate their farms beautifully. Nishant got a basket full of flowers. Rahul Vaidya had some romantic Shayaries for Gauhar Khan. He was able to dodge her.

Nikki Tamboli announced that team B of Eijaz Khan, Rahul, Pavitra, and Nishant has won the task and they all will be safe. While all the members of Team A including Abhinan, Jasmin, Jaan Kumra Sanu, Shehzad Deol, and Rubina will be up for eviction.

Abhinav, Jasmin, Jaan Kumra Sanu, Shehzad Deol, and Rubina were against Nikki Tamboi. The show went off the air.